CAMPBELL OFF TO THE SOO

JACK DEALT TO THE SOO

A busy day for Spits GM Warren Rychel has capped off with another blockbuster trade that sees goalie Jack Campbell heading north to the Soo Greyhounds.

“Jack was the ultimate professional with the Spitfires,” GM Warren Rychel told windsorspitfires.com. “His dedication and commitment to the team was amazing. It will make him an excellent pro with the Dallas Stars. This is another step in our rebuild and a chance for him to win a championship in the OHL.”

Braid, 18, played in 59 games for the Barrie Colts in 2010-2011 and four this season with the Greyhounds. He is expected to make his Spitfire debut on Thursday night.

Sieloff, 17, is a highly-regarded blueliner currently playing with the US National Development team in Ann Arbor, Michigan. 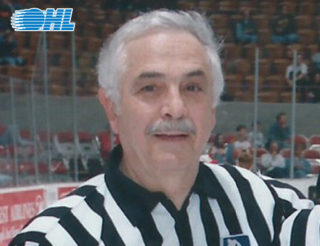 OHL Mourns the Loss of Sam Sisco
3 days ago

2019-20 OHL Coaches Poll Winners
3 days ago
The Windsor Spitfires would like to release the following statement from our President and Governor John Savage:
5 days ago
4:10
Sim Game vs Soo: HIGHLIGHTS
5 days ago