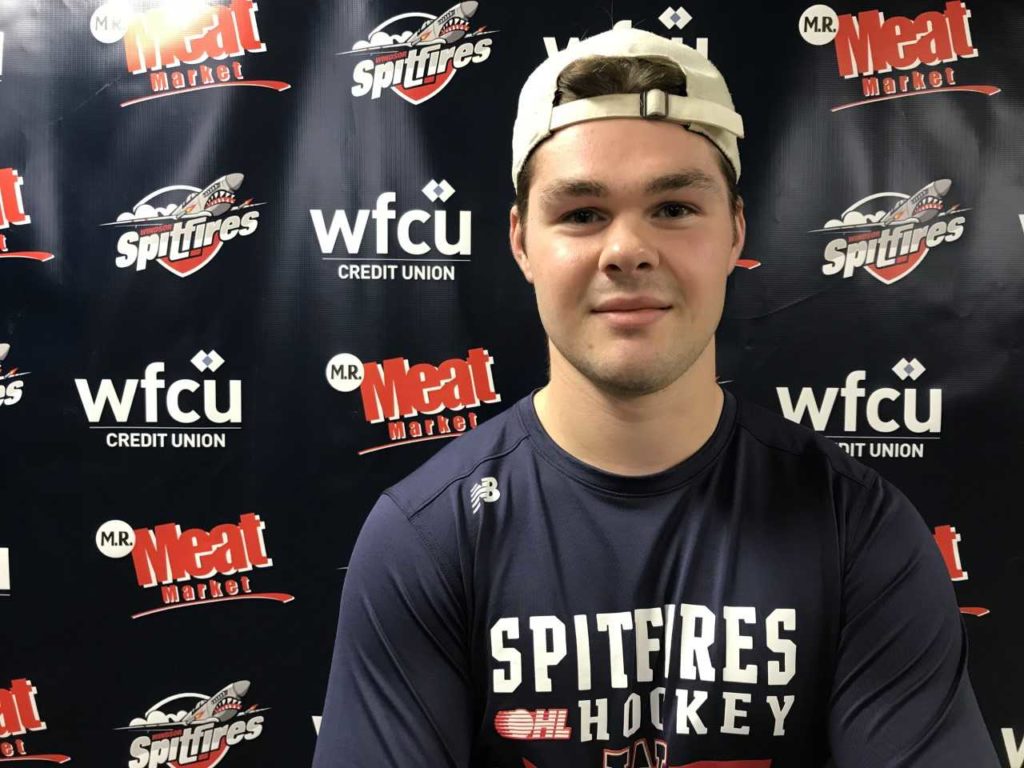 (Windsor, ON) – Four-year forward Luke Boka has been named the new Captain of the Windsor Spitfires.

The 19-year-old native of Plymouth, Michigan has played all three previous seasons with the Spitfires, logging 190 career regular season and an additional 18 playoff games since the beginning of the 2015-16 season.

But Letowski says it’s not all about points with the team’s new leader.

“We feel like Luke has really grown each year he’s been here, both on and office the ice,” Letowski said. “We really trust him. I think the biggest thing is the way he works every day. For us, as a coaching staff, we think that the really good leaders are the ones that work hard and set that example for the rest of the team. Luke is our hardest working player, day in and day out.”

Purboo, 19, enters his third season as a Spitfire, having never missed a regular season game (136 straight and counting) while putting up career highs in goals (21), assists (28), points (49) and penalty minutes (40) last season.

Letowski says Purboo does it all, and does it the right way.

“With Cole, it’s not only the production he showed in his breakout year last season, but it’s his habits and his durability,” Letowski said. “He’s a guy you want young players to look up to. He deserves to wear a letter for many reasons. And again, there’s the trust factor. We trust he is doing the right things.

Letowski says although the choice of Playfair may surprise some, he and his staff feel like he’s a player that is ready to make that next big step.

“Chris is a year younger than Luke and Cole, but we’re really impressed with how he handles himself,” Letowski notes. “From the Zamboni driver, to team staff, to his teammates, he treats everyone with respect and he loves the game. That’s the bottom line for him.”

“We think we’ve got a great core of leaders and a real partnership brewing here with our players,” Letowski added. “We’re into something good and it’s just going to grow from here.”