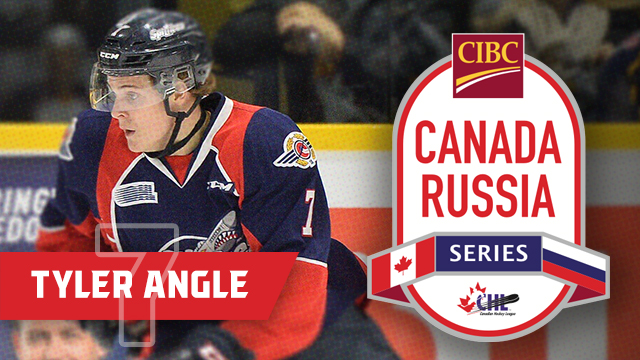 Team OHL will compete against Russian National Junior Team hopefuls in Game 4 of the series on Monday, November 11 in London.

A seventh round (212th overall) pick of the Columbus Blue Jackets in the 2019 NHL Draft, Angle is in his fourth OHL season with the Windsor Spitfires. The 19-year-old from Thorold, Ontario has 20 points (10-10–20) through his first 14 games of the 2019-20 season. Angle was originally Windsor’s sixth round pick in the 2016 OHL Priority Selection.

The 2019 CIBC Canada Russia series is proudly supported by title partner CIBC, and associate sponsors Kia Canada, Cooper Tires, and Kubota Canada.  All games will be broadcast nationally on Sportsnet and TVA Sports.

For event information including how to purchase tickets please visit http://chlcanadarussia.ca.