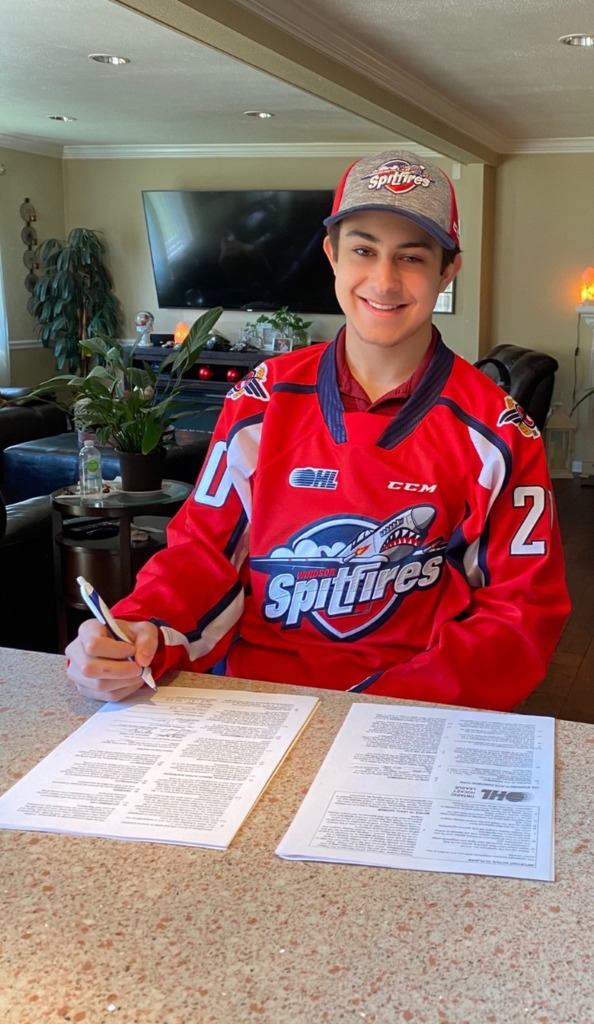 WINDSOR, ON. The Windsor Spitfires announced today that 2020 first round selection Ryan Abraham has signed an Ontario Hockey League standard player agreement with the Hockey Club and is set to suit up for the Red, White and Navy in the 2020-21 season.

The Detroit Compuware 15U Captain had a standout 2019-20 season. Abraham collected 23 points in just thirteen games.

“It is a really big day for Ryan and his family and the organization. We are thrilled to have him joining the Spitfires and can not wait to watch this young man play. Ryan’s ability to create offense is what made us select him and his competitiveness and drive is going to be something we look forward to seeing. The fans are going to be excited and thrilled to watch this guys style of play and develop into the player we expect.” Said General Manager Bill Bowler on the signing.

“Its amazing, being able to put the pen to the paper is really cool. It’s great my family and friends will get to see every game. It will be a great experience for me in my hockey career.” Said Abraham on his signing.

Abraham will wear number 12 for the Spitfires next season.