2020 2nd Round pick, Kyle Downey Commits to the Spitfires 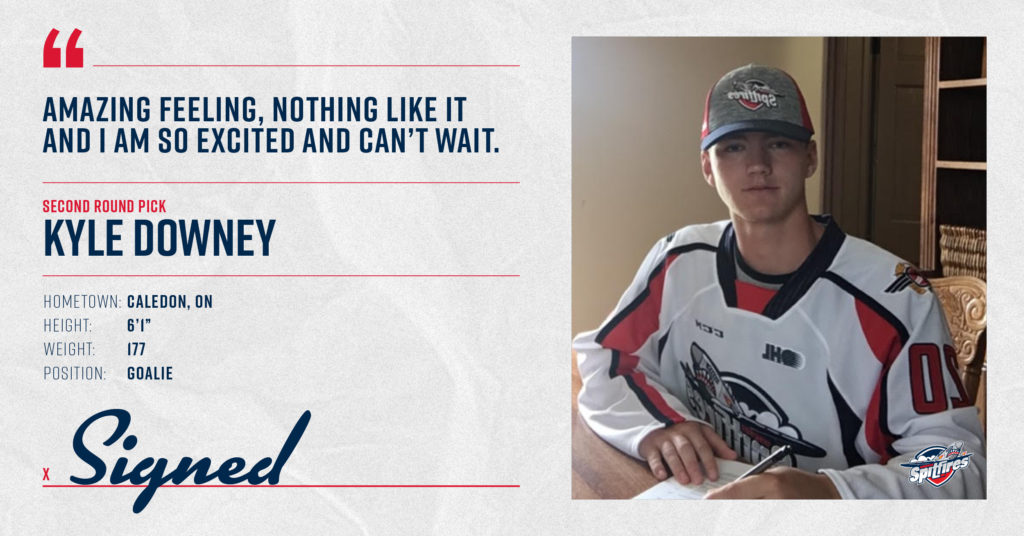 The Windsor Spitfires announced today that 2020 second round selection Kyle Downey has signed an Ontario Hockey League standard player agreement with the Hockey Club and is set to suit up for the Red, White and Navy in the 2020-21 season.

The Toronto Nationals goalie had a great 2019-20 season defending his crease.

“Going into the draft addressing our goaltending was a high priority. By drafting Kyle in the 2nd round we feel we are stabilizing our future.  Kyle will be given every opportunity to make the team as we are excited to have him join our club.” Said General Manager Bill Bowler.
More News