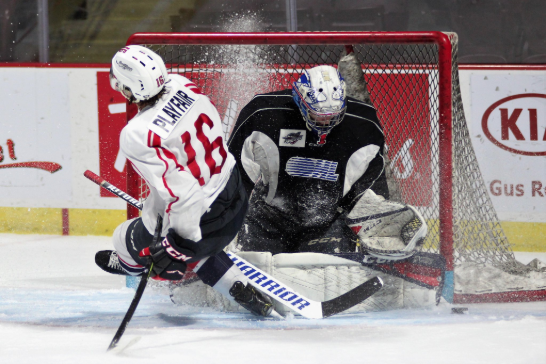 (Windsor, ON) – Team White erupted for all six of its goals in the second period en route to a 6-5 win over Team Blue in our annual Blue-White game on Thursday night at the WFCU Centre.

Trailing 2-0 after twenty minutes, Team White tied the game with a pair of goals from Matt Carvalho and Chris Playfair in a stretch of just 67 seconds. Later in the period, Dylan Robinson and Cole Purboo gave their side a 4-2 lead with goals coming just 78 seconds apart.

Jean-Luc Foudy’s eventual game winner came with just 2:02 to play in the second.

Egor Afanasyev and Daniel D’Amico each had a pair of assists in support of the win, while 2019 pick Pasquale Zito (1G, 1A) impressed in his first action.

Luke Boka (2A) and Tyler Angle (1G, 1A) had multi-point games in a losing cause.

Matthew Tovell and Daniel Botelho split the victory in goal, while Xavier Medina and Eli Shiller shared the loss for Team Blue.

The Spitfires hold an open practice Friday morning at 10am, before leaving for Fort Erie to open the exhibition season with the Niagara IceDogs on Saturday night. 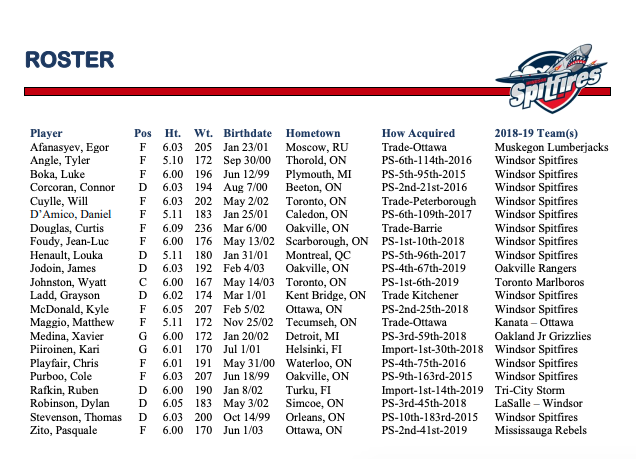