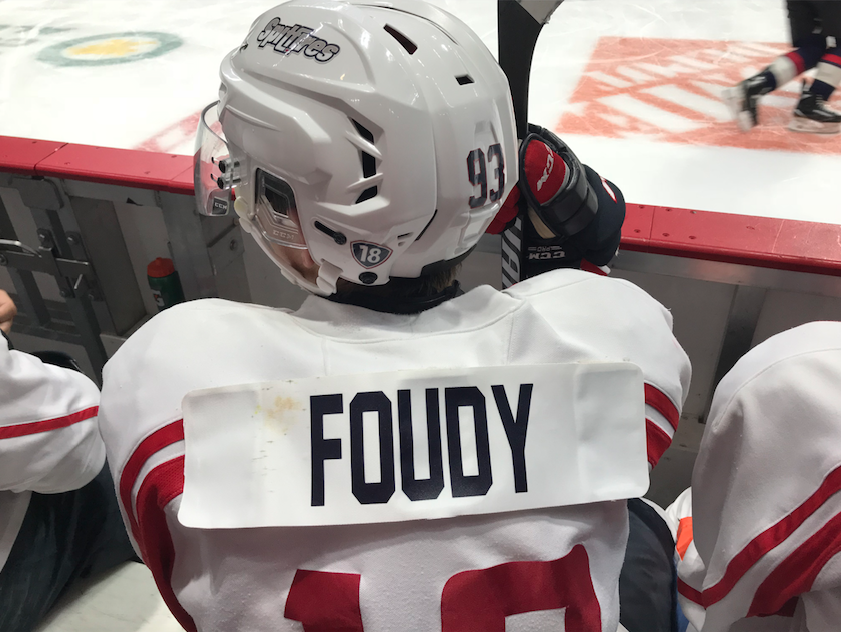 The club’s first-round pick (#10 overall) in April’s Ontario Hockey League Priority Selection, Foudy didn’t disappoint in his first go-around in a Spitfires uniform, scoring four times in a pair of scrimmages, including a hat-trick as Team White played to a 2-2 against Team Red in day’s early scrimmage, before dropping an 8-6 decision to Team Blue in matinee action.

DeGazon, a free agent invite that played for the Burlington Cougars of the OJHL last season, lit it up for Blue in the win, scoring three times.

Head Coach Trevor Letowski says there was plenty of energy throughout.

“I thought Day One, to a man, had a high compete level, which is exciting for us,” Letowski said. “We talked about it last night, that no one’s role is safe.”

Despite the loss, Team White outshot Team Blue by a 39-18 margin. 2018 first-round import pick Kari Piiroinen was outstanding in goal, stopping 17 of the 19 shots he faced.

Admission to this year’s Blue-White Game, Thursday night at 7:00, is free.