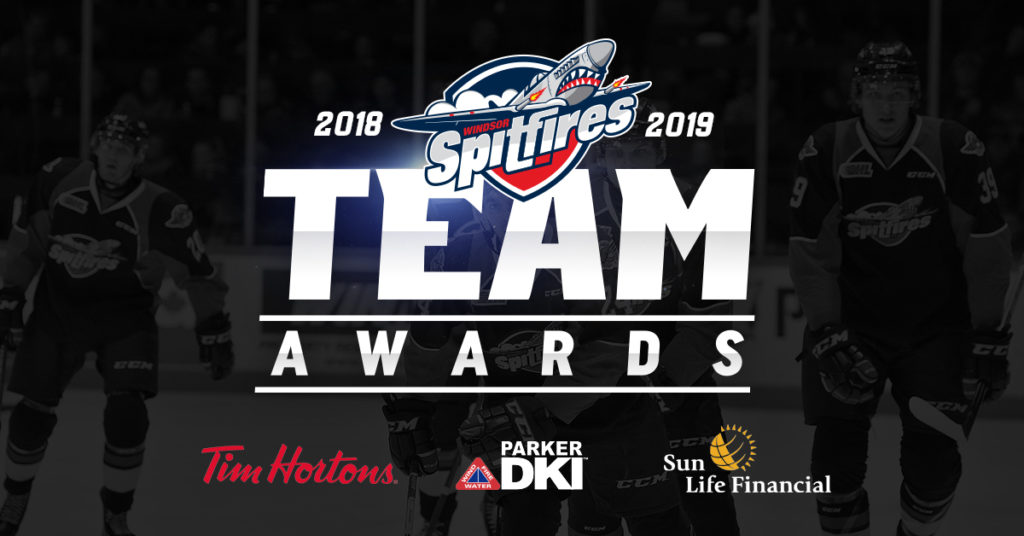 (Windsor, ON) – Cole Purboo and Connor Corcoran lead the way, tops in three categories each as we announce our 2018-19 Spitfire team awards.

Rookie of the Year: Jean-Luc Foudy

Presented to the player who achieves the highest grade point average during the season, consistently demonstrating the ability to balance school and hockey.