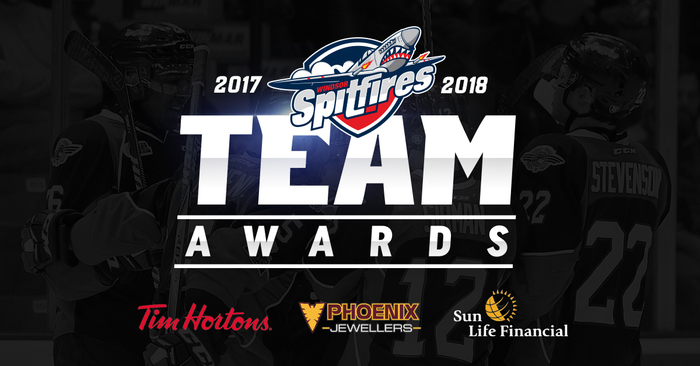 (Windsor, ON) – Michael DiPietro leads the way with three, while a trio Spitfires garnered a pair of nods each in our Team Awards for the 2017-18 season. The 12 awards highlight significant contributions made both on and off the ice.

Presented to the player who achieves the highest grade point average during the season, consistently demonstrating the ability to balance school and hockey.

Halloween Hockey this Saturday vs. Kitchener Rangers
1 day ago